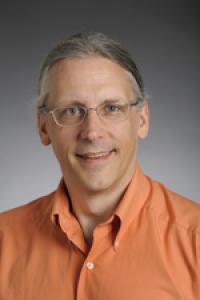 Noted for his contributions to the fields of automatic text translation, information retrieval, and automatic question answering, Eric Nyberg received his Ph.D. from Carnegie Mellon University (1992), and his B.A. from Boston University (1983). In 2012, Nyberg received the Allen Newell Award for Research Excellence for his scientific contributions to the field of question answering and his work as an original developer on the Watson project. He received the BU Computer Science Distinguished Alumna/Alumnus Award on September 27, 2013.

The LiveQA Challenge. Beginning in 2015, Nyberg has collaborated with Yahoo! Labs (as part of the InMind project) to develop automatic answering agents that can respond to real-time questions from web users (like those received by the Yahoo! Answers community QA web site). CMU student Di Wang created a LiveQA system which combined standard retrieval algorithms (BM25) with state-of-the-art deep learning models to achieve the highest score among all participants in the 2015 TREC LiveQA Challenge. In 2016, Di extended his system to include a novel answer ranking method based on attentional encoder-decoder recurrent neural networks and achieved the highest score among 25 automatic systems that were evaluated in the 2016 LiveQA Track.